HEO+3 Silence Is Over Artists Statements 12-14 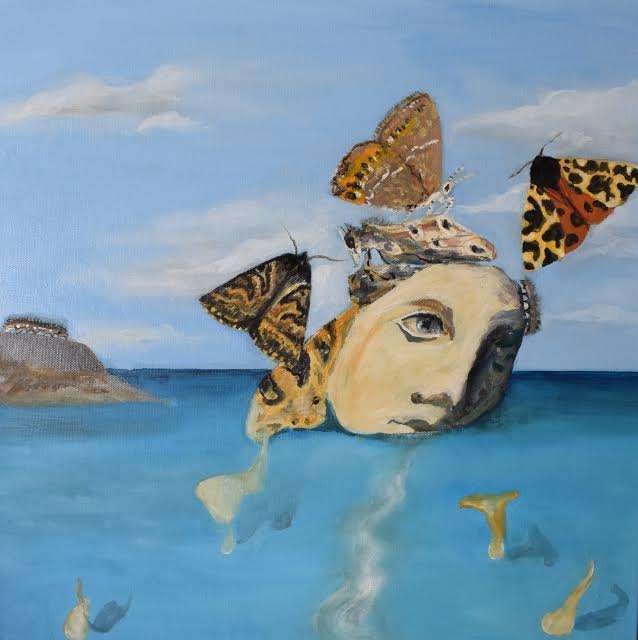 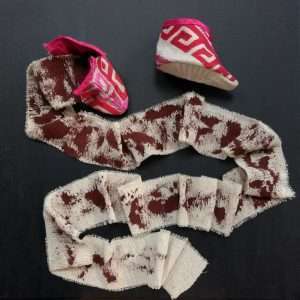 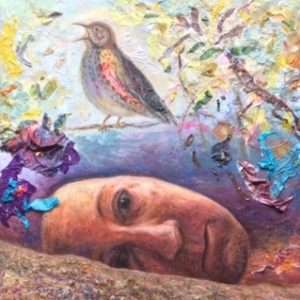 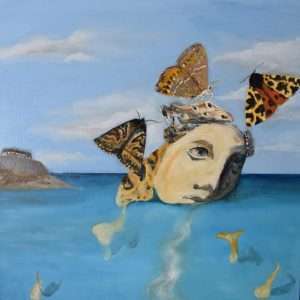 KIM WINTER Lotus Shoes, Linen, cotton, silk, acrylic, £195
More than words, the bloody bandage spilling out of a tiny “lotus shoe” highlights the excruciating and disabling practice of foot binding that effectively disabled many Chinese women. The four smaller toes of young girls were curled under, pressed until they broke, and then bound tightly against the sole of the foot, breaking the arch so that it was artificially raised. Infection, paralysis, rotting toes and lost toenails were common problems. The “ideal” foot size for an adult woman was 3-4 inches long. Why? Some say that men found the tiny steps and swaying walk of women with bound feet erotic. Others say that it was a way of controlling women, confining them to home and repetitive but economically important tasks such as weaving, spinning and other handwork. The practice was officially outlawed in China in 1911, but the last factory making lotus shoes did not close until 1999.

LAURA SYMES, ’The Undoing’, Mixed media, £350
I am taking part in this exhibition because it speaks to the zeitgeist, it is happening here and now. I identify with this theme and the powerful way it will be presented in order to convey a message of female solidarity. This mixed media painting is about despair, hope and empowerment. It is about moving from isolation, fear, numbness, powerlessness, shame, not being believed, keeping silent or having to wear a mask -to doing whatever it takes to reclaim control of your one and only life. It is about who you are; survival, finding your voice and speaking your own truth. This is symbolised on the canvas by the singing bird. ‘The Undoing’ of the title refers to acknowledging the damage done and taking the first steps to repair and recovery. It is the start of a process which could ultimately involve the bringing to justice of the perpetrator(s).

LULIANA CIOFU, Metamorphogenesis, Oil on canvas, £210
Dream or reality? The creature ate her own imperfect body . From the sufferance and energy resulted, she grew wings and transcended into another being. A  butterfly- deity, a humble one.  A queen.  She opened her golden eyes and threw her seeds into the ocean.  She needed to say to the  other egg-women in the waves- you have been believing a lie for so long. The lie that you are not enough, that you are impure, that you are small. You are not smaller, nor bigger  than everything that is, because you ARE everything. You are what you are. You are what it is.

During the next few posts we will be featuring the artwork and statements from artists participating in Silence Is Over in June 2018 at the Portico Gallery. Over 20 female artists had their say on a blank canvas on the subject of coercive control and sexual abuse. The canvases were assembled into two billboards to create a wall of unity. Traditionally used for advertising, often objectifying women, the billboards served as a reclaimed space where the female voice could be heard.
Art appears from left to right and in the order they were displayed on the billboards. The statements were an integral part of the exhibition. 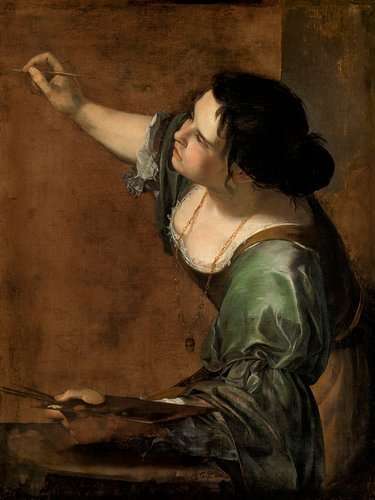