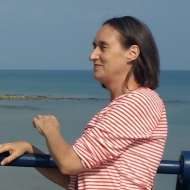 Jane Higginbottom is an artist/sculptor with MA fine art Camberwell/Chelsea. She is also a member of the Royal Society of Sculptors. Her work is about environment and plants.

2017 Picture This - an exhibition of works on paper, Bell House, Dulwich.

2014 The Disorder of Things, Artworks Elephant and Castle.

2013 Hide Gallery, Swimming Against the Tide.

and sold to a member of the ING group.

2015 Member of the Royal British Society of Sculptors - MRSS